Disclaimer: The following file is provided without any warranties. Backup all your settings before using it - maybe you'll need to ...

Notes from inside the Kronos - Part II: The OMAP (NKS4) 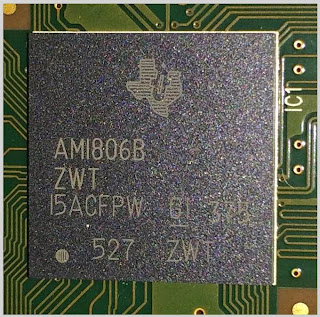 The AM1806B is connected to the Kronos' PC as a USB 2.0 Device. It is used as an I/O helper for the PC with (at least) the following tasks:
So, one could say, that the OMAP is a very fancy sound card for the Kronos' Intel mainboard - nothing more - nothing less. There is a software update available from KORG which probably contains the OMAPs firmware.

The OMAP is often referred as "NKS4".